“Cindy Goodfellow has joined the Van Nuys Citizens Advisory Body for the San Fernando Valley airport. Goodfellow is administrative manager at Aerolease Associates LLC, owner and manager of properties at the airport. She brings a background commercial office,warehouse and aviation property management experiance to the council.

Cindy Goodfellow also sits in the Board of Directors for The Eddie Nash Foundation and is involved in fund raising and public relations efforts that benifit Foster Youth. The foundation is credited with bringing the Camp To Belong Orange County program to So. Cal and has recently launched their Village Passports 20/20 Tutoring program that offers free tutoring to Foster youth here in Orange County. 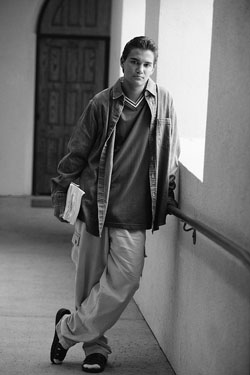 California is home to more than 55,000 foster kids – the largest population in the country. And, the one place in the state where most of those kids come together is in public school. Jetaine Hart, a former foster youth and current educational mentor in Alameda County, argues that’s where we should be putting resources to help foster kids – kids who often shuffle from school to school and have unstable home lives.

JETAINE HART: When you look at the outcomes for youth in foster care in terms of education, incarceration rates, and mental health issues, and dependency on public assistance all of those things, when it really comes down to it, we’re gonna pay more for that in the long run than if we invest in them now.